G4 analysis: Access the latest US Dollar and FOMC insight

The US Dollar has recovered well so far this month after a fairly uninspired performance in the first quarter of the year. Investors and analysts alike are now beginning to bring forward their expectations for the next interest rate hike by the Federal Reserve.

Despite this, the US Dollar index still remains about 5% lower than its November 2015 peak (Figure 1). 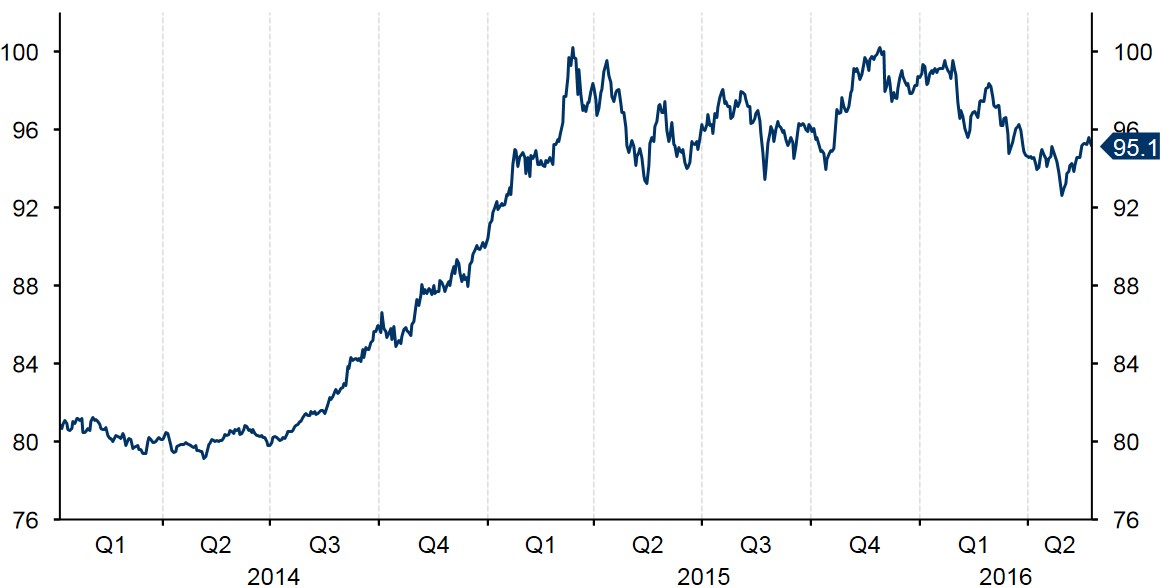 Economic growth in the first quarter of the year softened. The US economy grew by just 0.5% in the three months to March, its weakest quarterly growth rate in two years.

Industrial production has continued to decline and growth in the US’s dominant services sector remains weak, having contracted for the first time in over two years in February.

The labour market has continued to perform well, although the most recent labour report in April was fairly disappointing. Job creation fell considerably short of expectations to a seven month low of 160,000 (Figure 2), with the previous two month’s figures revised downwards a combined 19,000. 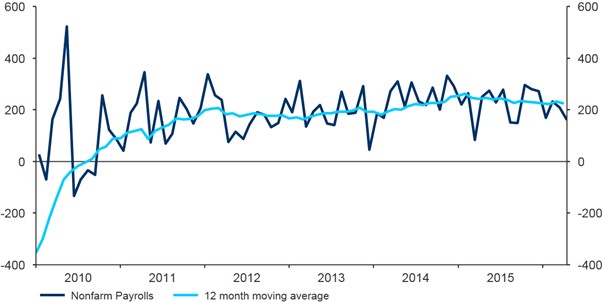 Unemployment of 5% remains around the level that the Fed deems as full employment, while average earnings have ticked upwards slightly to 2.5% on a year previous.

At the central bank’s monetary policy meeting in April, the FOMC kept rates unchanged and acknowledged global risks to the US economy justified a pause in the tightening cycle.

However, FOMC member communications since then have taken a distinctly hawkish turn. In fact, the minutes from the April meeting, published in May, explicitly warned markets that a June hike was a distinct possibility, something that interest rate markets had all but ruled out.

As rate markets scrambled to price in Federal Reserve hawkishness, the Dollar rallied against all major currencies to recover almost half of its 2016 losses.

A number of rate-setters in the US, namely members Rosengren, Lacker and Dudley have all suggested that the FOMC remains on course to hike multiple times this year.

What does the future hold for USD?

Given the still strong performance of the US labor market, and the recent hawkish comments from FOMC members, we continue to expect the Fed to hike two or three times in 2016. This is provided the labour market in the US continues to hold up well.

Gradually increasing interest rates by the Fed should provide good support for the US Dollar against almost all of its major peers.

Our forecasts for USD are as follows:

Get in touch to discuss your US Dollar exposure.

Print
Previous post
Sterling rally halted following release of latest referendum poll
Back to blog
Next post
G4 analysis: Is the ECB set on further monetary easing? What does the future hold for the Euro?