What does the future hold for the South African Rand (ZAR)?

Currency markets continue to focus on the gaps in economic policy that have opened up across the major economic areas.

We see the Federal Reserve on track to increase interest rates twice in 2016, following their rate hike in December, with the Bank of England also hiking in the final quarter of 2016. By contrast, most other G10 central banks, in particular the ECB, remain overwhelmingly in easing mode.

The combination of expected monetary tightening by the Federal Reserve, and the closely related sharp falls in commodity prices, caused sell-offs in most emerging market currencies in January and February, particularly those from commodity exporting countries. However, the recent stabilisation of commodity prices has fuelled a partial rebound.

The South African Rand (ZAR) has stabilised in line with our expectations over the past few months. The currency depreciated to a record low against the US Dollar in mid-January, although has since rebounded to its strongest position in four months in April (Figure 1). 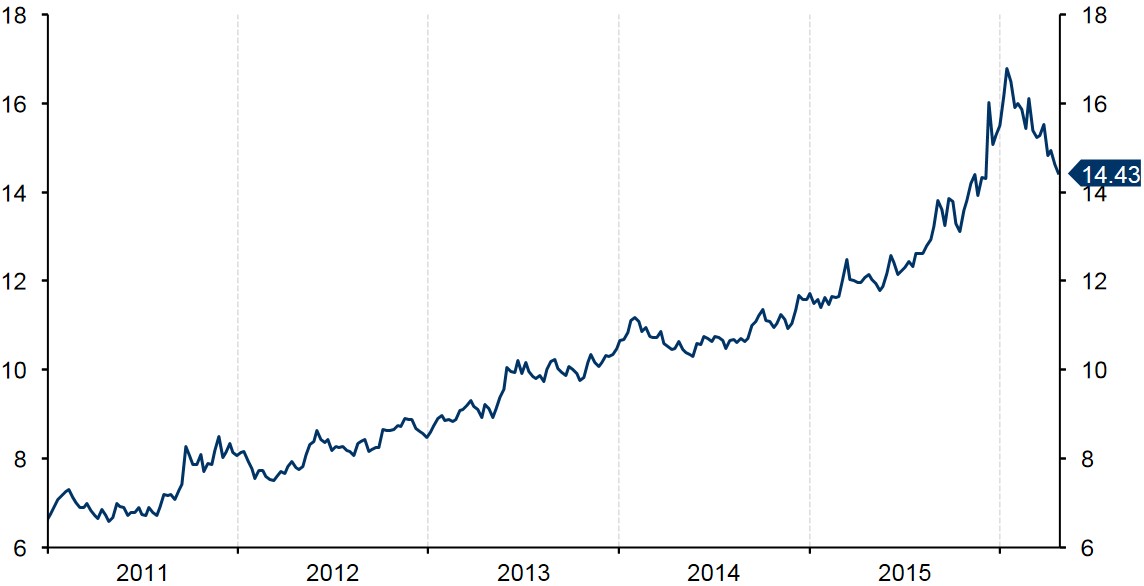 This recent rebound in the Rand has been helped along by better-than-expected economic news. Headline inflation in South Africa seems to have peaked and, at 6.3%, is now close to the South African Reserve Bank’s (SARB) inflation target range of 3-6%.

There are also some tentative signs that the economy is rebounding somewhat, spurred on by the cheaper currency. The key manufacturing PMI business sentiment index rebounded above 50 in March, indicating that output from South Africa’s factories is now growing again.

Economic growth in South Africa has slowed significantly in the past few quarters, registering just 0.6% in annualised terms in the final three months of last year, its slowest growth rate since 2010 (Figure 2). 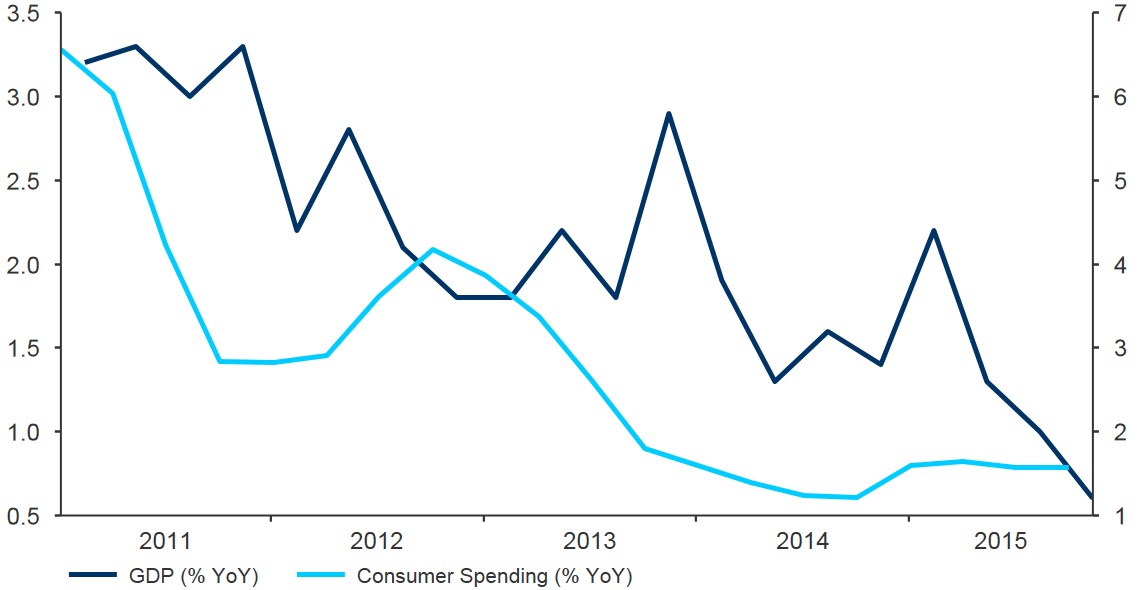 The economy has been heavily affected by falling commodity prices, which account for around 60% of overall export production, and the economic slowdown in China, South Africa’s largest trade partner.

The political situation in the country has also become increasingly uncertain following calls for the impeachment of President Jacob Zuma.

Zuma has been dogged by allegations of corruption since his election in 2009 and was widely criticised in December when he changed Finance Ministers twice in one week, sending the Rand plunging to a record low.

South Africa is now at risk of losing its investment-grade credit rating, with the possibility of a downgrade bad news for the Rand.

Despite economic and political problems, there remain a number of supportive factors for the Rand, which should keep the currency well supported this year.

In order to protect the Rand and alleviate inflationary pressure, the South African Reserve Bank (SARB) has aggressively hiked its interest rate since last summer, raising rates by another 25 basis points to 7% in March. This means that real interest rates are now positive again.

The recent sharp decline in oil prices and South Africa’s characteristic as a net importer of oil, has benefitted the balance of trade.

The sharp Rand devaluation has also significantly increased the competitiveness of the South African economy and we expect exports to provide a pleasant upward surprise in 2016.

Foreign exchange reserves have dipped, although are sufficient at over seven months’ worth of import cover (Figure 3). This should allow the central bank to intervene in the currency markets in order to protect the Rand, if required. 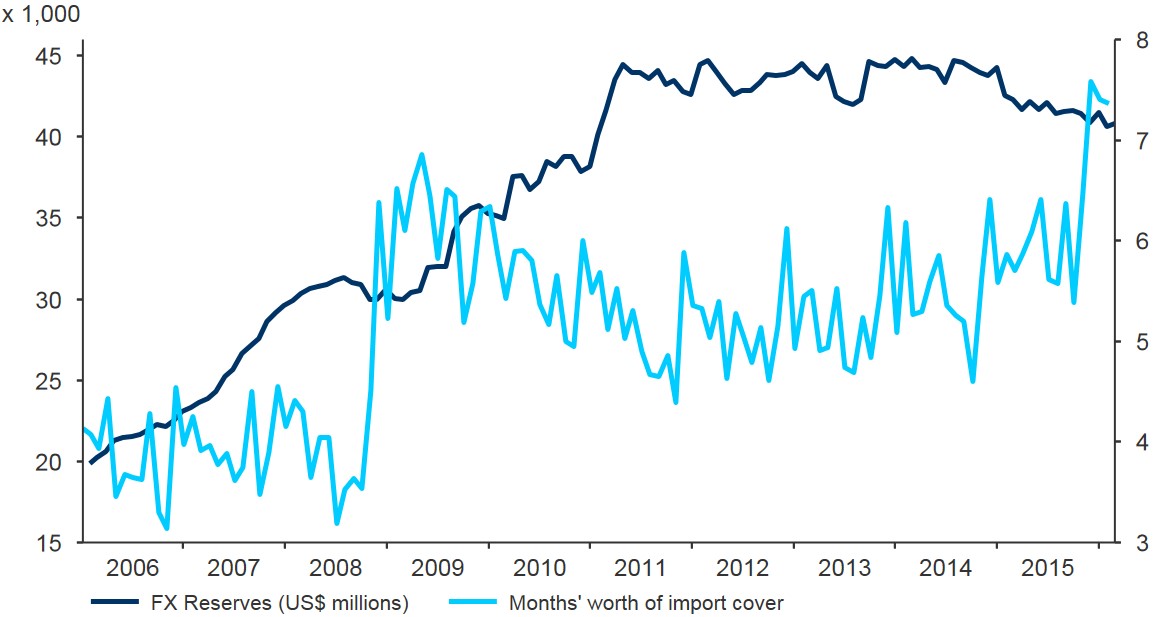 What does the future hold for ZAR?

We think that the sell-off in the Rand at the beginning of the year was excessive and believe that the supportive factors for the currency should ensure further recovery in ZAR against the US Dollar throughout the remainder of the year.

Large scale monetary easing measures by the European Central Bank should, in our view, ensure an even greater appreciation of the Rand against the Euro.

Our forecasts for ZAR are as follows:

Get in touch to discuss your South African Rand exposure.

Print
Previous post
Set-back for businesses waiting for US rate hike, Bank of Japan not ready to act yet
Back to blog
Next post
Brexit report: In or out, what’s the impact on Sterling?